RE: Undue Power of Madam First Lady And Thuggery of The Governor’s CSO By Mary Oso – Omotosho

I read in amusement the ridiculous and manipulative piece put together by an empty headed faceless loser alleging the Ekiti State First Lady and Mr Governor’s CSO of connivance ahead of the APC Governorship primaries .

On a good day , this baseless and fact less piece should not have attracted a response since the author remains hidden like a sick mouse dumped in a tiny hole but for the sake of right thinking audiences who have been following the trends of happenings in Ekiti politics.

It is no longer news that gubernatorial election in Ekiti State is around the corner. Expectedly, pretenders, political mercantile and horse traders, political detractors as well as those who do not have even a better idea of what makes a good leadership are on the prowl. The worst among this set of political brigandry are the people who, as a result of free/cheap data, in their barricaded cocoons, seize the opportunity of social media to type rubbish all for clout chasing. One of such is this online piece accusing Her Excellency Erelu Bisi Fayemi and the CSO of abuse of power and thuggery . How low can this blackmailer go?

The writer took his/her time to dish out unfounded accusations, rumors as well as conjured blatant lies in his wild imagination to mislead his readers and political co-travellers.
Well, let it be on the record that the fact that Erelu Bisi Fayemi enjoys the support of teeming Ekiti people most especially party faithfuls today is as a result of her unconventional and developmental approach to leadership and governance in the state.

Yes, as the writer observed, Erelu has been at the fore front of making sure that Ekiti gets the best by throwing her full support to the administration of her husband. She is down-to-earth, humility personified and staunch promoter of APC . However, the warped minded writer was wrong by stating that Erelu Chaired the Ekiti Transition Committee in 2018 . She only Chaired the Inauguration Committee of which many applauded her for an outstanding job. The documents are there for anyone to verify .

Only ingrates or political never-do-well like the writer and his accomplices will want to denigrate the position of Erelu or the roles she plays in the stability of Ekiti APC today.
I know why this is coming . They are gutted by the fact that everyone choruses the good deeds of Erelu Fayemi around town . The writer claimed she is spending the state government resources to help the citizens . Laughable ! She could as well decide not to spend and heaven will not fall but she is spending it and touching lives .

In case the writer fails to realise, it is only those playing the ostrich that will think that any incumbent will not be interested in who succeeds him. Irrespective of how the incumbent plays the aloof and uninterested game, his eyes are fixated on the process that will bring his successor. So, I see no reason anyone will want to fault the interest of Mr Governor or that of his wife in who becomes the next governor of Ekiti State.

It is also ludicrous for the kindergarten writer to have alleged that Erelu is non native to Ekiti. Of course, it is obvious that for politics of calumny to sell well, you have to devise all sorts of name calling to gain the love of a gullible audience. A woman married to an Ekiti man with children for over 32 years is not ripe to be called Ekiti ? Let me state clearly , the level of positive impacts Erelu has made on Ekiti women and children can never pave the way for anyone to play the indigeneship card against her in Ekiti . The earlier some people realize this the better .

How possible could it be for someone of this repute and high calibre to stoop so low in engaging in hoodlumism or thuggery as alleged by the hungry writer? It is advisable the writer reveals his /her identity next time so I can loudly chorus how nonentity he /she is .

As for the perceived endorsement of BAO , only political jobbers, anti progressive minds, and people without conscience nor a defined agenda for the development of Ekiti like this writer and his accomplices will fault the candidacy of BAO.

Previous articleI Got Scary News From My Doctor, Pray For Me – Metuh Begs Nigerians
Next articleSenator Olujimi Pulls Put Of Ekiti PDP Primary 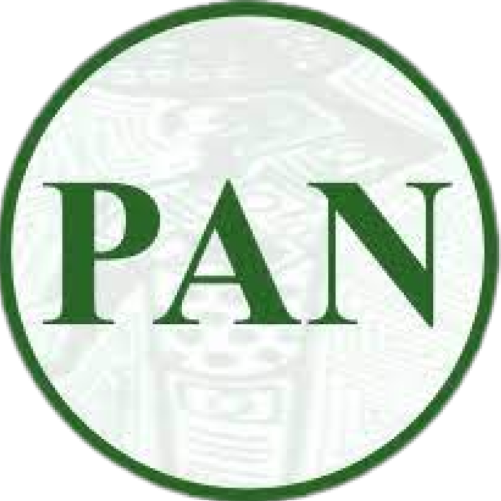